special investigative programmeland, livelihood and investmentMultinationals are using violence as weapon in the COVID-19 lockdown to dispossess communities

IN March 24, 2020 BY witnessradio.org 420 views Leave a comment
land, livelihood and investment Livelihood Natives and Businesses 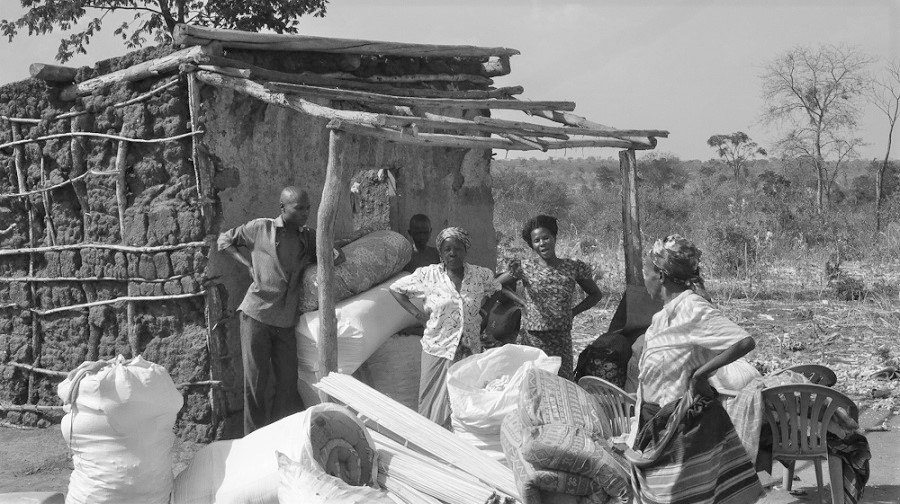 Kiryandongo – Uganda – As Uganda begins a 32 day COVID – 19 Lockdown, multinational companies dispossessing more than 35000 natives off their land, have resorted to the use of violence to grab land for poor communities. During the previous weekend, Agilis Partners limited and Great Season Company as well as their agents severely beat William Katusiime, violently and arbitrarily arrested two people namely Sipiriano Baluma and Haweka Martin. Katusiime is a member of a community being dispossessed by Agilis Partners while Haweka and Baluma are members of a community being illegally and violently evicted by Great Seasons Company respectively.

Last week, Ugandan government ordered the closure of schools, suspended religious gatherings across the country in an attempt to prevent the spread of coronavirus. On March, 22nd, Uganda registered coronavirus first case.

According to Katusiime, he was confronted from his land by Agilis Partners staff and a guard putting on a uniform of Saracen, a private security company hired by Agilis to provide security. They were patrolling the area. He said he was severely beaten for over 20 minutes and sustained body injuries. “ I was being accused of refusing to leave the land and continue cultivating it” Said Katusiime

Katusiime further explained that when he reported the matter to area police (Kimogola police post), police officers at police post blocked him from opening up a case instead referred him to Kiryandongo police station saying, they have orders not to attend to any victims of Agilis Partners.

Haweka was arbitrarily arrested at Kimogola police post where he had gone to open up a case of crops’ destruction while Baluma’s cause of arrest is still unknown.

In less than four weeks, Kiryandongo district police arbitrarily arrested and detained three community land rights defenders. Their release on police bond was prompted by a mandatory release order filed in court on their behalf.  Ssebisolo Godfrey, Wangala Erias and Mwawula Fred had been detained at Kiryandongo police beyond 48 hours, required time by the 1995 Constitution of the Republic of Uganda.

While reporting on police bond on February 25th, the trio were rearrested and sent to Dyanga prison without arraigning them before any court. They have since been released on bail after a global campaign demanding for their unconditional release.