IN June 2, 2020 BY witnessradio.org 675 views Leave a comment
land, livelihood and investment Livelihood Natives and Businesses 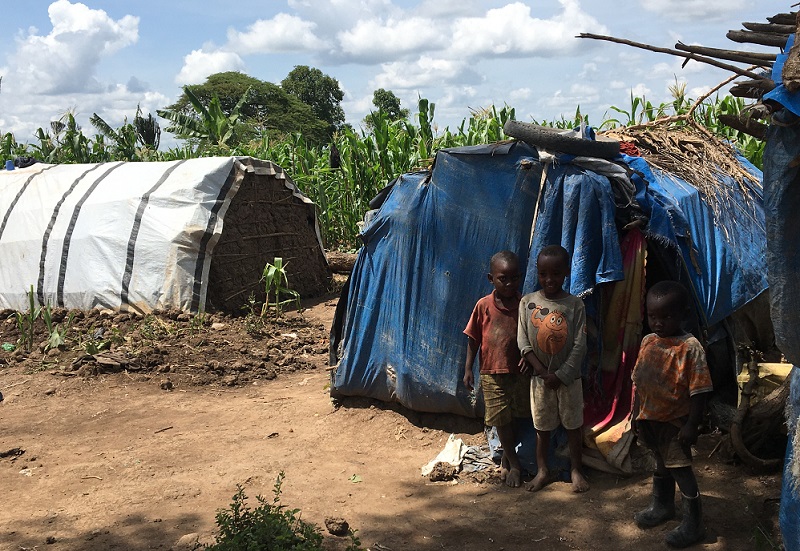 Masindi / Kiryandongo – Uganda – As COVID-19 lockdown continue to impact on Courts’ operations with its limited attention to human rights suits, three (3) multinational companies have taken advantage of the lockdown to intensify the use of violence to dispose a community of over 35000 people to give way for agribusinesses in Kiryandongo district, Mid-west region of Uganda.

The communities are being evicted so that Agilis Ranch 20 and 21 limited/Joseph Initiative/Asili Farm; Great Season SMC limited; Kiryandongo Sugar Limited to use their land for large-scale farming.

Available information from witnessradio.org legal department indicates that companies were sued as early as February 10th, 2020 in Masindi Court through its lawyers Kiiza & Mugisha Advocates but no intervention from the said court.

Although the guidelines maintain that all judicial officers and staff to remain on duty, witnessradio.org has observed that over 70% of judicial department have remained non functional. It’s now 75 days since Uganda went into a total lockdown.

In the previous 5 days, residents report that companies, their workers and agents have caused a humanitarian crisis after cutting off communities from access water and destroying the remaining food crops in the garden.

Apio Sarah, a mother of 9 children said, her two children survived being defiled by a group of Kiryandongo Sugar laborers on May, 30th, 2020 at 3PM. She said, Kiryandongo Sugar limited workers on that day ring-fenced a community borehole at Ndoyo village which had been serving over 150 families and blocked community members from fetching water there. “From that day to date, every community member who attempts to fetch water from our borehole is either chased away or beaten by company workers” Said Apio

According to Apio’s family, a defilement case has been opened against workers of Kiryandongo Sugar at Bweyale police post following an incident that happened to one of their daughters.

Nasimu Doreen, a mother of 7 children, a resident of Kisaranda village, Kimogora Local council one (1) and a victim of Great Season, confirms that more than 5 spring wells were filled with soil by companies workers while access roads to the only community borehole which serves more than 300 families were dug and planted maize.

In the morning of June, 1st, 2020, more than 30 laborers of Great Season armed with spears, bows and arrows while guarding a tractor, entered on the property of Sipiriano Baluma and demolished his four houses.