IN March 16, 2020 BY witnessradio.org 686 views Leave a comment
land, livelihood and investment Livelihood Natives and Businesses 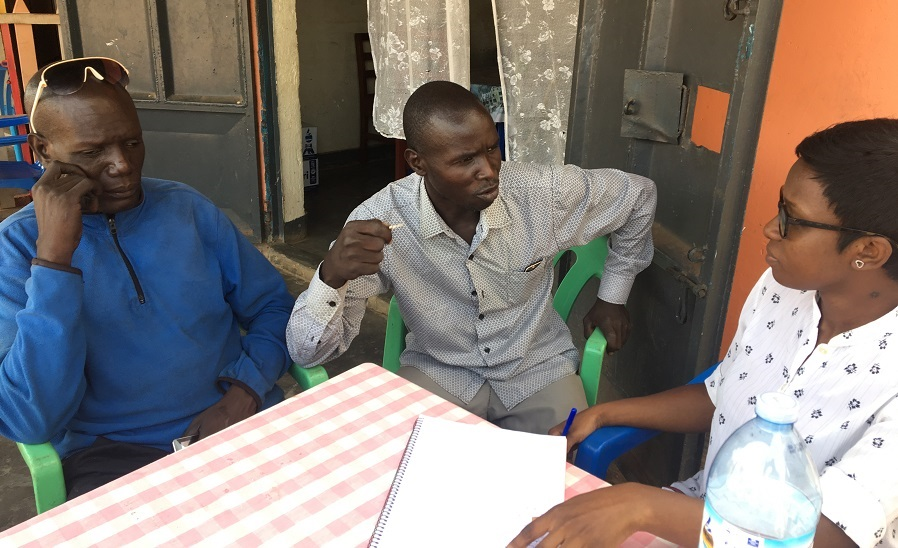 Defenders speaking to one of their lawyers after they were released.

Kiryandongo – Uganda – Kiryandongo Magistrate court has bowed down to intense public pressure and released on bail three (3) land rights defenders who have been incarcerated for close to a month. The 3 land rights defenders were charged with criminal trespass and the magistrate granted them a non cash bail of 3,700,000/= each equivalent to USD 1000 while their sureties at UGX 5,000,000 equivalent to USD 1600.

Ssebisolo Godfrey, Wanjala Erias and Mwawula Fred have been in Dyanga prison, Kiryandongo district since February, 25th, 2020 after being transferred from police custody without appearing before court.

Prosecution alleges that since 2019, the trio have been trespassing on the land owned by Great Season Company and one Mwesigye Reuben. Great Season Company, owned by Sudanese investors based in Dubai is part of the three multinational companies dispossessing about 35,000 native families whose land is measuring about 10,000 acres. Others include large scale international companies – Agilis Partners/Joseph Initiative/Asili Farm and Kiryandongo Sugar Limited.

According to affected community, they have lawfully cultivated and occupied the land since 1937 growing enough food to feed themselves and for sale as well as rearing animals like cows and goats.

Speaking to witnessradio.org shortly after their release, Ssebisolo Godfrey on behalf of  the team accused prisons for condoning torture, inhuman and degrading treatment. “We have been severely beaten in prison’s cell by our fellow prisoners under the watchful eyes of prison staff. We’re seriously sick and sustained bodily injuries because of the beatings” said Ssebisolo

He added that since their detention at Dyanga prison, they have been subjected to forced commercial labor in different plantations belonging to rich individuals, and often canned by prison warders on duty while in these plantations.

The multinational companies and their agents are orchestrating violence against community, intimidation, caused dozens of illegal arrest and detention, imprisonment, destroying gardens, and demolish houses just to weaken their resolve to halt an illegal and violent eviction.

More than 19 primary schools have been demolished plus more than two dozens of worshiping centers, while unknown number of water sources have been ring fenced to company workers.

The defenders are expected to re-appear before court on April, 23rd, 2020