IN April 13, 2020 BY witnessradio.org 709 views Leave a comment
land, livelihood and investment Livelihood 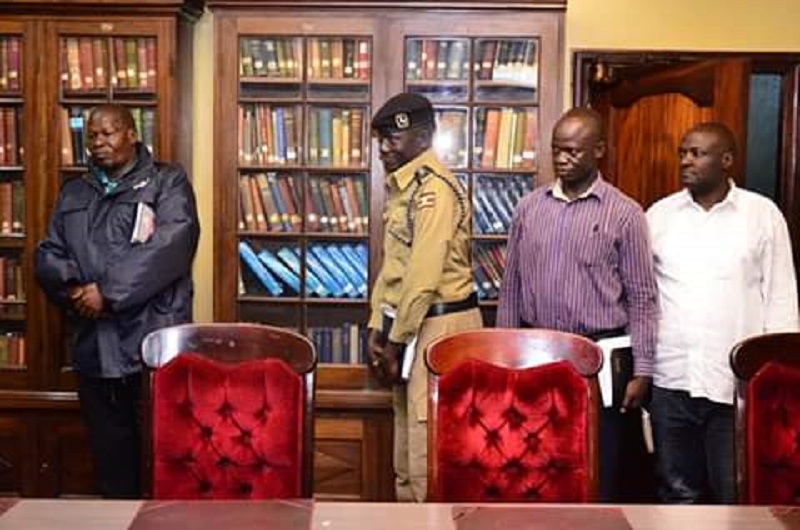 “These are accused of allegedly mismanaging case files, conspiracy to defeat justice and professional misconduct in relation to cases reported against Abid Alam,” she said while parading the suspects.

State House Anti-Corruption Unit on Thursday arrested Abid Alam for alleged crimes he committed last Saturday at Bukoba and Bukompe villages, Nalutuntu Parish, Nalutuntu Sub County in Kassanda South Constituency.
Col Nakalema said the businessman was arrested regarding allegations that a group of people attached to him gang raped a woman, destroyed banana plantations, robbed property and battered residents of Bukoba and Bukompe villages, among others.

“When I contacted the RPC Wamala sub region to investigate the matter, he said they had 27 files of atrocities against Abid Alam. A woman was gang raped, people were beaten, plantations cut down,” she said.

A group of people attached to the Indian investor allegedly invaded the farm of one Arthur Mugyenyi, a resident of Bukoba village.

The area MP Simeo Nsubuga said during the attack, the assailants injured one Samuel Kyakabale, the cattle keeper of Mr Mugyenyi and gang-raped his wife as he and his children watched helplessly.

They also reportedly destroyed two houses, cut down three acres of banana plantation, before taking away 200 heads of cattle and 50 goats.