IN September 30, 2019 BY witnessradio.org 827 views Leave a comment
I write Human Rights Livelihood 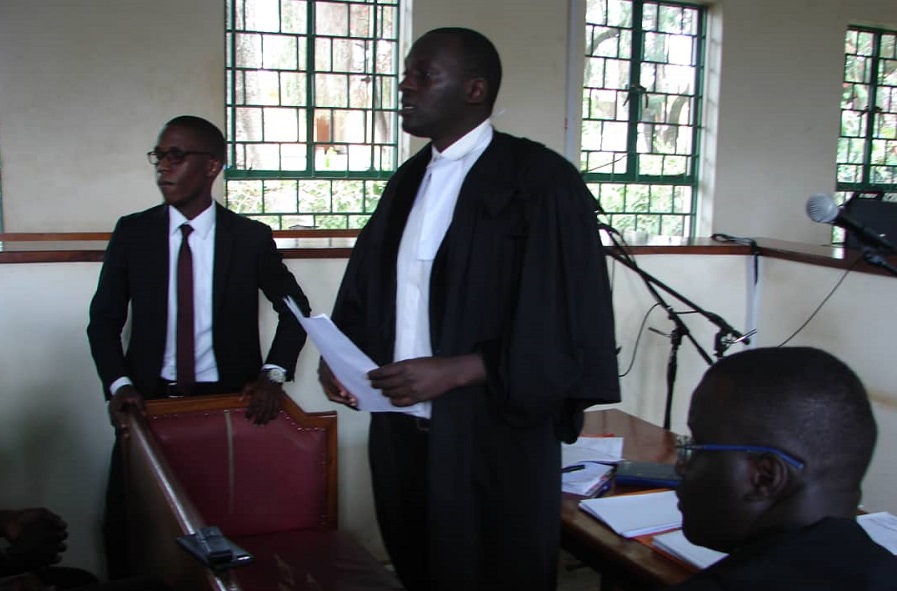 Kampala/Mubende – The lawyer is currently representing over 3000 inhabitants who were forcefully if not violently evicted from their land covering five villages in Mubende municipality- Mubende district.

Kiiza’s clients lost their livelihoods to one George Kaweesi and his hoodlums who were being protected by the Mubende police.  The land they lost to Kaweesi was the second to be lost by these victims. In 2001, they lost a huge chunk of land to Kaweeri Coffee Plantation limited owned by Neumann Coffee Group based in German.

Ever since Kiiza and his legal team got instructions to represent vulnerable communities he as received numerous threats.  Ironically, the first threat came from the president of Uganda Law Society, Simon Peter Kinobe, a person who was expected to defend him. Kinobe took exception to Kizza’s Facebook posts in which he was demanding Justice Joseph Murangira who is presiding over the case to rescues himself from the case citing bias.  Kinobe ordered the indefatigable Kiiza to pull down his contentious Facebook posts.

Today, Eron Kiiza appeared at CID Kibuli today at 10 AM for an interview with police over the alleged libel investigations. More details are yet to follow.