special investigative programmeland, livelihood and investmentGovernment on the spot over giveaway of forest, ranch to one investor

IN August 6, 2020 BY witnessradio.org 138 views Leave a comment
land, livelihood and investment Livelihood 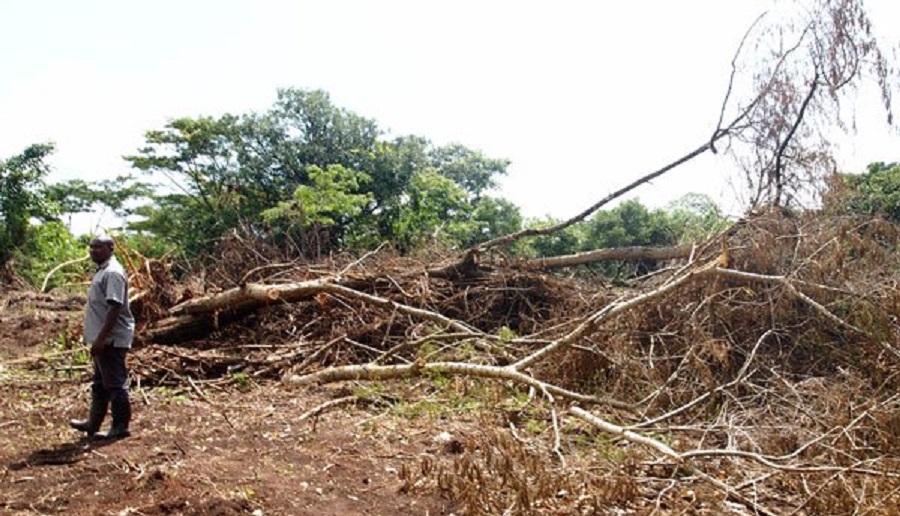 Part of Bugoma Forest Reserve which was given to Hoima Sugar Ltd. PHOTO | EPHRAIM KASOZI

Government has been dragged to court for allegedly allocating more than 68,709 acres of land housing a forest reserve and ranches to a single investor without consulting the agencies that were managing it.

It is alleged that government through the Uganda Land Commission (ULC) and the Lands ministry allocated the huge chunks of land to three companies owned by a single businessman.
The cases were filed in Masindi High Court by Kafu Sugar Limited and the National Forest Authority (NFA) in March.

NFA in its court documents claims that 22Sq miles (14,080 acres) of Bugoma Central Forest Reserve in Kikuube District were given to Hoima Sugar Limited, 19.5Sq miles (12,480 acres) of land comprising of former Bunyoro Ranching Scheme to Kiryandongo Sugar Limited in Kiryandongo District as well as 42,149 acres of Maruzi Ranch in Apac District to Hillside Agriculture Limited for palm tree growing.

Court documents further indicate that businessman Sarbjit Singh Rai is the major shareholder in all the three companies and the other partners are members of his family.

For the case of Bugoma forest land, NFA sued Hoima Sugar Limited jointly with Bunyoro-Kitara Kingdom and ULC over alleged encroachment on the forest reserve for sugarcane growing.

In the case pending before the Court of Appeal, NFA argues that Bunyoro-Kitara King fraudulently stealthily applied for a freehold title on part of the forest without their consent.

For Kiryandongo land, government through the Attorney General is party to two cases of alleged illegalities committed by ULC and other government agencies in allocation the 19.5Sq miles (about 5,074 hectares) comprised in ranches 23, 28, 29 and 30.

In the case, the complainants contend that the accused parties committed fraud and illegalities when ULC approved allocation of the said land to Kiryandongo Sugar Limited.

Court documents show that Kafu Sugar Limited applied and was granted lease on the ranches in 2012 for five years for commercial sugar cane farming and in 2017, the company applied for an extension but instead the lease was granted to Kiryandongo Sugar Limited without their consent.

Through its lawyers, Kafu Sugar Limited alleges that Mr Sarbjit breached his fiduciary duties as its director and shareholder when he incorporated and promoted the competing business interests of Kiryandongo Sugar Limited at its expense.

It is alleged that in March 2017, more than 5,000 persons were illegally evicted from the land comprised on four blocks in the ranches without compensation.

Petition
In Maruzi Ranch, Apac District leaders have since petitioned President Museveni protesting the manner in which the ranch was allocated to the same investor under Hillside Agriculture Limited.
According to the letter signed by the district chairperson, Mr Bob Okae, the giveaway of part of Maruzi Ranch denies them revenue in terms of ground rent.