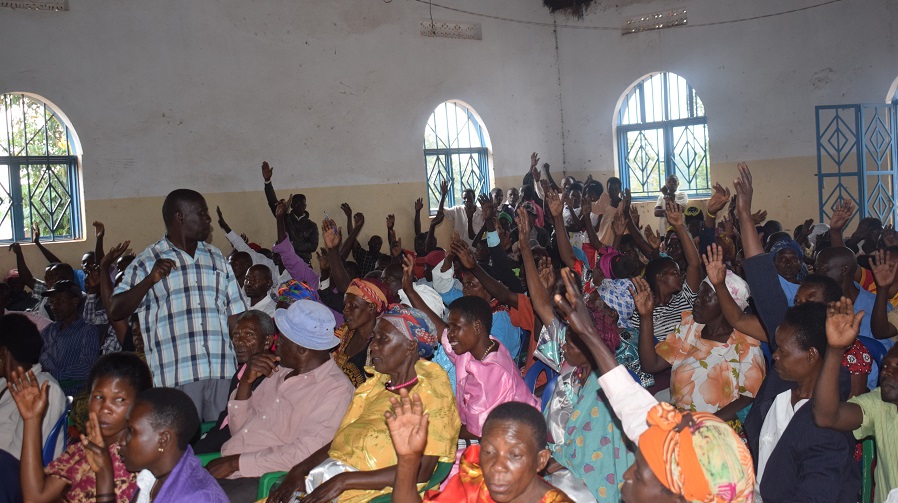 Having suffered for approximately 18-years, inhabitants evicted from their land by Kaweeri Coffee Plantation limited in the Central District of Mubende have settled for compensation as a court guided mediation process with the company begins next week.

The case stems from a 2001 dislodgment exercise which was led by the army in which about 2000 bonafide and lawful occupants of four villages namely, Kitemba, Luwunga, Kijunga and Kiryamakobe lost their land to Kweeri Coffee plantation which went ahead to build a coffee factory on the disputed land.

The litigants agreed on being compensated as a way of ending this over decade long struggle after presiding Judge Henry Kaweesa Isabirye who is retrying the case advised that both parties give mediation a chance before hearing of the case starts. In 2013, High court presided over by Justice Anup Singh Choudhry, who has since retired, passed a judgement in favour of victims but the government appealed against it and a panel of judges at the Court of Appeal ordered that the case be re-tried at High Court.

In a recent meeting organized by different Land rights organizations in Mubende, only two residents identified as Peter Kayiira and Anna Ruth Nanjaaye objected to the compensation move. The two rather prefer to be resettled back on their land that Kaweeri Coffee factory grabbed from them reasoning that it [land] has a lot of emotional attachment- they simply can’t get elsewhere.

“My parents and all my relatives were buried in Kyamakobe village which was grabbed by the coffee farm, at my age I can’t start a new life in a new place, I want to go back to my land so that when I die, I’m buried next to my relatives,” 78-year-old Nanjaaye said.

Similarly, Peter Kayiira who heads the group that was evicted says he cannot leave his family behind.

“All my ancestors were buried on that land, my great grandparents settled on that land in the 18th century after surviving slave trade in the great Masaka region, where do you want me to go. I’m a Ugandan and I come from that area where that plantation sits, that is where I should be,” Kayiira said.

But it the resettlement stance was at best a minority view as over 100 people who attended the said meeting agreed in unison: 18 years is a very long time to demand resettlement right now and all they want now is compensation so they can buy land elsewhere.

“Our case has been overtaken by events. We have been chasing for 18 years, we are tired and all we want is money to buy land elsewhere and start a new life,” one of the claimants said.

The residents’ stand as noted by their lawyers from J.W and company advocates will be communicated to the High Court mediator Zainabu Nabukenya before August 30, 2019.