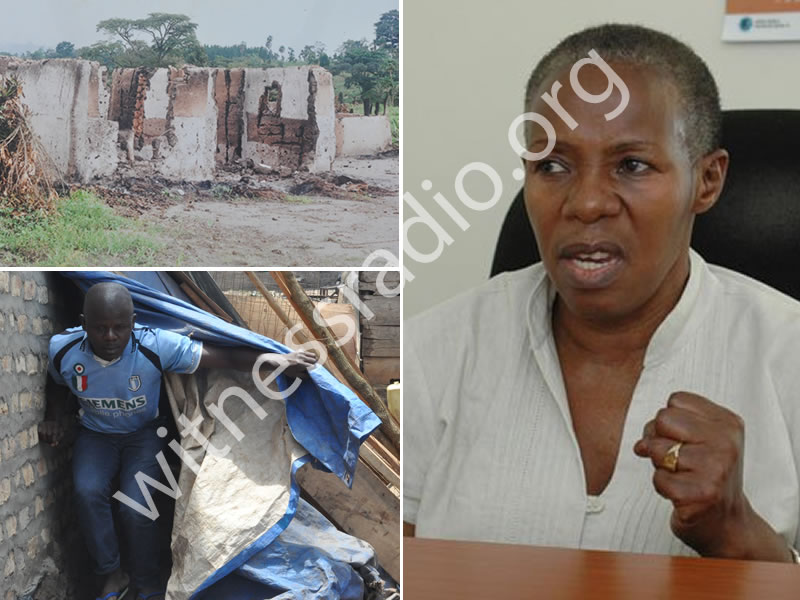 “I think I should have been able to rescue some of my belongings, but I wasn’t around at the time of eviction. But all the same because even those found on the ground only managed to save small things like mattresses. It was a dark hour to the extent that some people forgot their children behind and instead, ran away with goats,” Twaha Ssebandeke (42), one of hundreds of thousands that were violently evicted from gold mines in Mubende district told witnessradio.org with a shaky voice.

“The forceful eviction affected me because we were ambushed without any notice. They should have given us adequate notice to move our property out to avoid the incalculable loss suffered. Can you imagine, they gave us just two hours to vacate the mining area that we occupied for years! We had accumulated wealth from that area, but it was all lost in just hours,” Ssebandeke added, but this time crying.

On August 4, 2017, Gertrude Nanyunja Njuba, the investor claims to be the sole licensed person to extract all gold in Mubende district used soldiers from Uganda People Defense Forces (UPDF) and the Uganda Police Force to demolish at least 120,000 residential, commercial and community buildings throughout six villages of; Lujinji A, Lujinji B, Lujinji C, Kampala, Kayonza and Lubaali all located in Kitumbi and Bukuya sub-counties in Mubende district.

The gold-rich land which Njuba, a state House director on land matters, forcibly obtained after evicting thousands of people including extended families which had lived side by side for decades, measures 12-square miles.  The forceful eviction saw relatives scattered among the neighboring towns and villages and in some cases as far as other districts on top of forcing them to abandon their multi-million businesses and biological children in favour of animals.

All families were plunged into homelessness now living under temporally shelters covered by tarpaulins as opposed to the good houses they lived in before being razed.

After the eviction, Ssebandeke said “I approached the security personnel to request them to allow me at least get out poles to enable me put up temporary shelter somewhere, they rejected it.”

To this date, the land is still under heavy protection by security personnel with strict orders not allow any person to access it. But according to available facts ascertained by witnessradio.org the land in question covers both public and private mile land owned by six different landlords.

witnessradio.org has established in its investigations that different people owned small plots after successfully buying them from different lawful owners of land.

“People who owned land lawfully in the mining area, also lost out yet they had developed them to the level of renting out rooms and by the way, some people engaged in farming which fetched them money. As we speak, we are seeing destroyed things being driven away by trucks as scrap yet those mining machines were obtained expensively through bank loans ranging between Shs2m [$555] and Shs 3m [833.3], we are informed that they are being sold out at Shs 200,000 [$55.5] and sometimes, Shs 150,000 [$41.6] to them by UPDF solders and police” Robert Ssempewo, the chairperson of Mubende gold mining grounds said.

Land Grabbing: Cases that opened doors for violent land evictions and promoted impunity in Mubende district
Related Topics:
Up Next 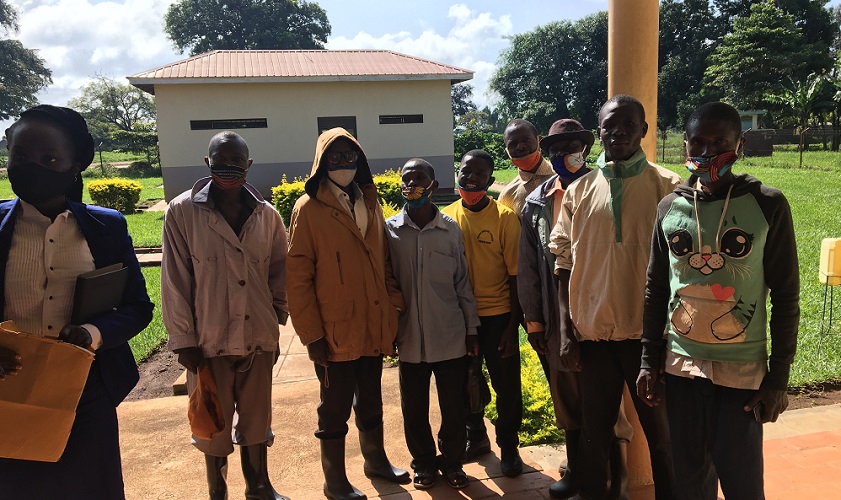 Kiryandongo – Uganda – the criminal trial of the 8 land rights defenders is set to start tomorrow December 15th, 2020, at 10 am at Kiryandongo Magistrate’s court. This follows after the flop of the November trial due to the absence of the magistrate.

The prosecution alleges that on September 4th, 2020 the eight and others at large while at Kisalanda, threatened to harm one of the police officers guarding Great Season SMC limited’s plantation.

On November 12, 2020, the prosecution made the disclosure and informed the court that investigations were done and the prosecutor’s chambers were ready to proceed to trial.

Before the illegal arrest and prosecution of the 8 defenders, NGOs including Witness Radio – Uganda, GRAIN, and Alliance for Food Sovereignty in Africa released a Kiryandongo report “landgrabs at gunpoint”, which exposed gross human rights violations and abuses committed by security agencies and 3 multinationals against communities. The motive for persecution is regarded as retaliation from district security agencies and multinational companies pinned in the report.

Court to hear bail applications for the 8 defenders.
Continue Reading 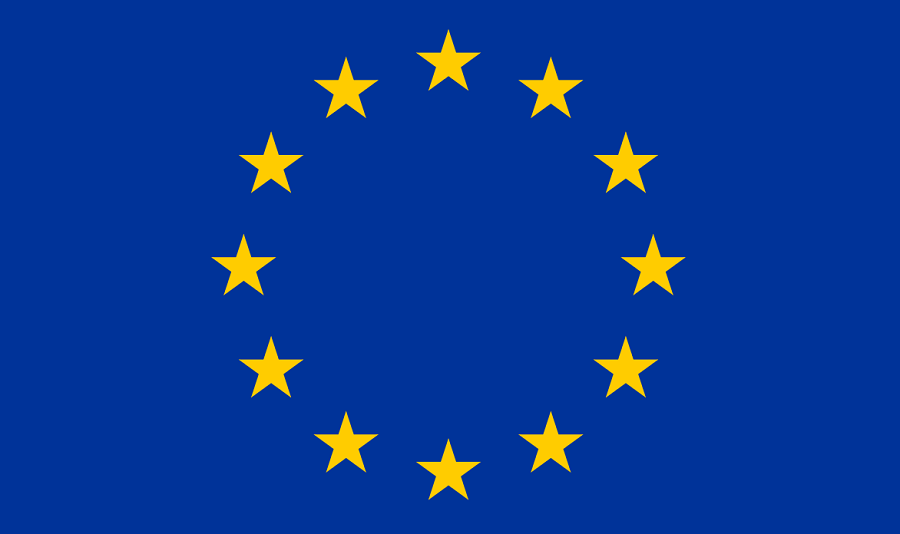 Kiryandongo – Uganda – the European Union (EU) Delegation to Uganda has visited and listened to the Kiryandongo district affected community, the first ever visit by the diplomatic community since the dispossession of 35000 native communities started in 2018 by the multinational companies.

The visit was a catalyst to the understanding and projecting solutions to human rights violations/abuses in development projects in Kiryandongo district and Uganda at large. Before visiting the affected community, the EU representatives first attended court where the 8 land rights defenders are facing criminal charges.

The interfaces that took place at both Kisalanda village and Jerusalem trading center respectively, gave victims of the affected community an opportunity to voice their forced eviction experiences, the appalling living conditions applauded the EU for the visit.

Both affected groups called up the European delegation to Uganda to intervene and safeguard their rights, spearhead a process of regaining back their land that was grabbed by multinationals including the Great Season SMC Limited, and ensure that all companies take responsibility and compensate for what they destroyed.

Specifically, in their petition to the EU, victims of Great Season SMC limited want the delegation to spearhead a dialogue that will help them regain full control of their land before any fresh consultation for investment restart.

Under their association, Abagambakamu, evictions victims stated that dispossessions have caused them far reaching challenges and losses, pains and sorrows since the Great Season SMC Limited is backed by powerful, rich and politically connected individuals in the government.

Great Season SMC Limited is owned by a Sudanese national based in UAE, Dubai.

“We are in a sorrowful state, our families are displaced, early marriages, and increased suffering since we lost our only means of survival,” the petition reads in part.

The petition added that rape and defilement are the order of the day, hundreds of people have been arrested, our homes destroyed, plantations pulled down, schools, churches and animals killed with live bullets.

The victims now say, they only have hopes in the EU delegation, since police have been acting indifferently whenever they report their matter to them.

Latest Alert: the 8 defenders and activists have been charged and released on police bond in Kiryandongo district.
Continue Reading 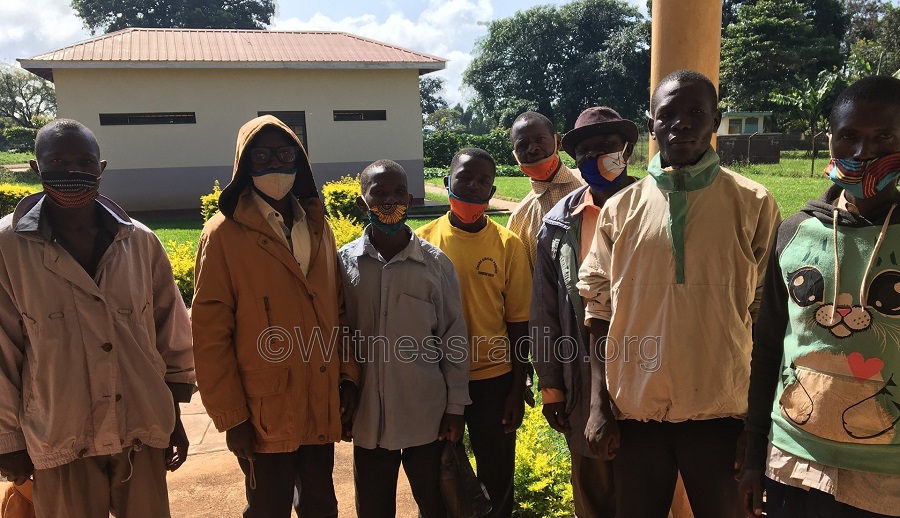 12th, November, 2010; the hearing of a criminal case against 8 land defenders in Kiryandongo has been adjourned as the trial magistrate is on leave.

They are accused of threatening violence, a charge which carries a punishment of four (4) years on conviction.

On October 16, 2020, the prosecution informed the court that investigations were done and the prosecutor’s chambers were ready to proceed with the trial.

Before the illegal arrest and detention and prosecution of the 8 defenders, NGOs including Witness Radio – Uganda, GRAIN, and Alliance for Food Sovereignty in Africa released a Kiryandongo report “landgrabs at gunpoint”, which exposed gross human rights violations and abuses committed by security agencies and 3 multinationals against communities. The motive for persecution is regarded as retaliation from district security agencies and multinational companies pinned in the report.