IN October 5, 2020 BY witnessradio.org 310 views Leave a comment
Livelihood Technology 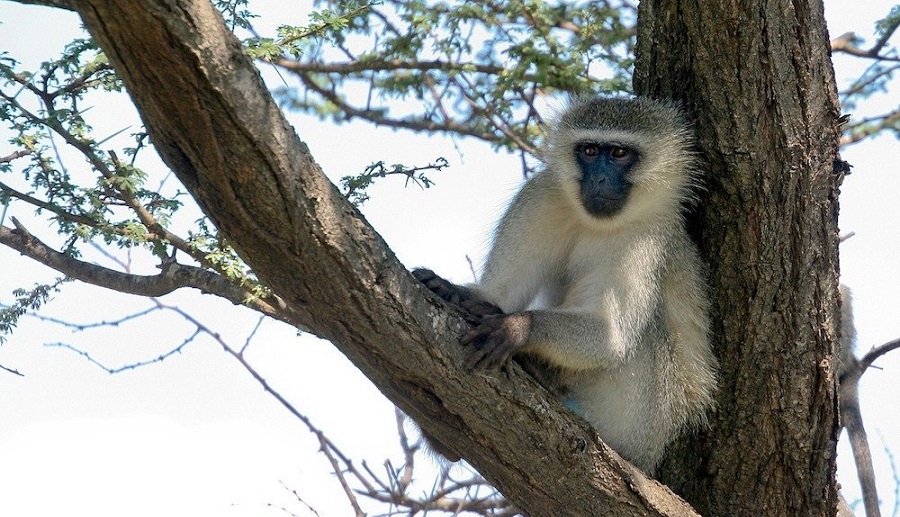 As the forest thinned, Elephants that used to move back and forth from Queen Elizabeth National Park stopped passing through Bugoma; next will be the chimpanzees if the forest is wiped out.

To appreciate the Save Bugoma Forest campaign , one needs to get its history to know that it is gradually diminishing. Animals are losing their habitat as precious species of trees are felled. Rare bird species have been displaced as the flora and fauna is destroyed. A Vision Group team was on the ground two weeks ago and continues to report what was discovered.

To appreciate the Save Bugoma campaign one needs to get the  forest’s history to see it is being depleted. Consequently, animals are losing their habitat, precious species of trees are felled and rare bird species displaced.

The  cutting the forest is also impacting on the environs, triggering climate change. As the Vision Group team moved in the Kisinde sector of the forest near Kabwoya in Kikuube district, dry leaves on the ground made cracking sound, betraying the journalists’ presence.

To avoid being detected by charcoal burners, members of the team had to stealthily walk for a few steps, stop look around before taking the next steps. The smell of burning charcoal wafted through the forest and the mowing sound of power saws echoed deeper in the forest.

The team came across logs left behind by loggers. Probably, they were being prepared for charcoal burning or use as timber. There were also several sites showing evidence of  charcoal burning with mounds  of ash left  after the perpetrators harvesting their loot.  There were no chimpanzees in sight yet this is their home.

Back in time, Kyejonjo, which is now a district, was named after elephants that used to roam in parts of western Uganda from Queen Elizabeth National Park in Kasese district to Bugoma forest in Hoima and Kikuube districts. Moses Adyeri, a resident, says Kyejonjo means ‘a passage for elephants.’

“The elephants do not come to Kyejonjo anymore because it has become a town,” he says, adding that they have been scared away by human activity.

The noise caused by cars prevents some birds and marsh-nesting birds from locating mates and undermines the rearing of young ones.

Sam Mwandah, the executive director of the Uganda Wildlife Authority (UWA), says elephants used to move back and forth from Queen Elizabeth National Park through Kibaale to Kyejonjo, which used to have a chain of forests. The elephants would cross into Kagombe and other forest reserves in Bugoma.

Another migratory corridor from Semliki National Park in the western arm of the East African Rift Valley (Albertine Rift) was previously connected to Bugoma. This was a meeting place for elephants and other large mammals, including chimpanzees. As charcoal burning, expansive farmland and human settlement take a toll on the environment, the migratory corridors are shrinking and becoming undesirable routes for animals.

It is going to get worse as Bugoma gets cut down to plant sugarcane.  First, the elephants have been blocked as the forest thinned over the years; next will be the chimpanzees if the forest is wiped out.

Yafesi Kaahwa, a resident of Kabwoya sub-county in Kikuube district, says Bugoma means a place where animals are highly concentrated. From Bugoma, wild animals used to continue moving to Budongo Forest Reserve, which is about 60km away.

The elephants and chimps would continue to Murchison Falls National Park, which is Uganda’s largest protected area. In most cases, big mammals, including the elephants, would make the return journey to Budongo, Bugoma, Kagombe and Kyejonjo to Kibaale and Queen Elizabeth National Park.

Unfortunately, Mwandha says, the migratory corridors have been blocked. Mwandha says this poses danger to wildlife because when animals are cut off from larger habitats, inbreeding sets in.

With the corridors blocked, small populations of chimps cannot easily move to the larger forests such as Bugoma, where their relatives stay.  The constriction also results in the “unwelcome stay of the chimps in the villages” sparking off conflicts between the chimps and the human population.

The chimps that are stuck in the forests are facing two threats. Firstly, the chimps have to turn to farmland and fruits on private land for  food. Secondly, the chimps in smaller communities of less than 200 could suffer from inbreeding and become wiped out in case of a disease outbreak.

As a result of chimps foraging on private land, conflicts with people have escalated, Kasozi Atuhura, the conservation programme officer under Chimpanzee Trust in Hoima, says.

“We have to create awareness among the local communities so we understand chimp behaviour in order to reduce conflicts and fatalities that could occur as a result of attacks,” Atuhura tells the Vision Group team.

He says they are encouraging communities to grow crops that are not palatable to chimpanzees. The crops being promoted include Irish potatoes and soya beans.

Sadly, Atuhura says, the chimps are making attempts to eat the new crops and in some areas, Irish and soya beans have failed to bail out the farmers. An adult chimp requires a minimum of 2sq.km of forest to get enough food, Peter Apell, who works with the Jane Goodall Institute, which promotes understanding and protection of great apes, says.

Atuhura says the restricted movement of chimps is leading to a slow genetic death. This means chimps mate with their close relatives and end up producing weak offspring. The forest patches that used to shelter the big mammals during their migrations have been wiped out of the landscape.

“It is only a few chimps that make an attempt to use them and in many cases, they do not make it to Bugoma,” Atuhura says. Stephen Nyakojo, a resident of  Kabwoya, says the last elephant in the migratory corridor was seen in the 1970s.

“Our parents were fearful of the elephants and used to escort us to the crossing points of the animals,” Nyakojo says.

In Kibaale district, the last attempts by elephants to migrate through parts of Muhoro were in 1978, Yusuf Kasumba, a resident of Muhoro, says. “The elephants attempted to cross from Kyejonjo but they could not proceed as they lost their way, probably because of the human settlements,” he says.

In addition, there was an arm of the migratory corridor that was linking Semliki via Bugoma to Budongo, according to Simon Nampindo, the director of the US-based Wildlife Conservation Society in Uganda.

This is what government agencies, including UWA and NGOs, Wildlife Conservation Society, Jane Goodall Institute, Flora and Fauna International and Chimpanzee Trust are trying to restore.

The land where the migratory corridors were previously sitting belongs to individuals and not the Government. This means that farmers have to be compensated to leave the land for the animals or they have to be persuaded to live with the wild animals.

Apart from unsustainable agriculture and charcoal burning, the forests are being threatened by illegal extraction of timber and mining.