IN June 4, 2020 BY witnessradio.org 548 views Leave a comment
land, livelihood and investment Livelihood 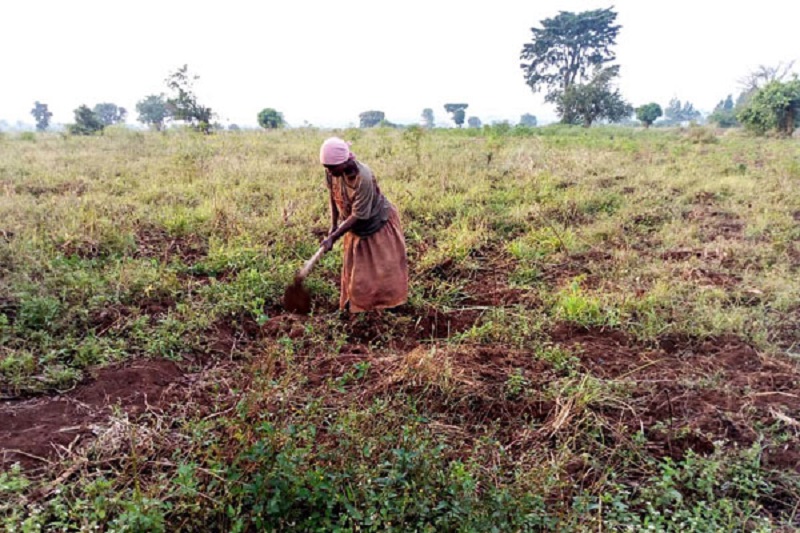 To vacate. Ms Sylvia Namukose, a farmer, works on her garden on part of the 50-acre piece of land that the district authorities want farmers to vacate in Kaiti Village, Namutumba Town Council. PHOTO BY RONALD SEEBE.

About 300 farmers in Namutumba District have been ordered to vacate 50 acres of government land in Kaiti Village, Namutumba Town Council, where the district headquarters sit.

The development, which takes immediate effect, is reportedly meant to streamline land use and ensure only persons allocated and are fully paid up have access to it.

The order also follows a resolution by the district council last year to start hiring out district land to raise money to clear a Shs300m debt owed to Mr John Dhikusooka, which arose from an unlawful termination of his contract of collecting local dues in Namutumba Town Council.

Mr Dhikusooka petitioned the High Court in Jinja, which, in its judgment, asked the district local government to compensate him with Shs300m.

Some of the farmers who have been using this land since the 1950s, have been ordered to vacate, stop all activities and officially apply to the district land committee for formal allocation.

However, some farmers have voiced opposition towards the directive, arguing that the new procedure, which involves paying taxes, will negatively impact financial inclusion and increase the cost of hiring land.

Mr Peter Walusanswire, a farmer, on Monday said the authorities’ proposal of evicting people from the land is going to increase unemployment rates in the area.

“A number of energetic youth have been using portions of the district land to make bricks for sale. Evicting them means many are going to remain idle hence their involvement in vices such as theft,” he said.

Another farmer, who preferred anonymity, said: “We pay money every year to the natural resource office and we know some officials have interest in the land, while others want to set up farms on it,” he said.

This reporter has established that some farmers were each paying Shs100,000 per year to use the land.
The authorities, however, maintain that the directive is aimed at boosting local revenue for better service delivery and paying off debts.

Mr Bernard Apolot, the chairperson of the district land committee, said the move will help the district identify and register tenants who have been using the land while defaulting to pay tax and ensure that only farmers who meet the requirements will be allowed to use the land.

“It has come to our notice that the district is losing local revenue from the district land because farmers are not paying taxes,” he said, adding that about Shs8m was being lost in revenue annually.

The district information officer, Mr Noah Kiire, said for a farmer to be allocated land, he or she must get a letter of credibility from the district natural resource office showing full payment.

He added that the new orders have come at a time when the district’s local revenue collection is poor.
“The new measures are not only for the farmers but those who have built permanent houses on the land and illegally set up gardens,” he said.