IN August 1, 2019 BY witnessradio.org 830 views Leave a comment
I write Human Rights land, livelihood and investment 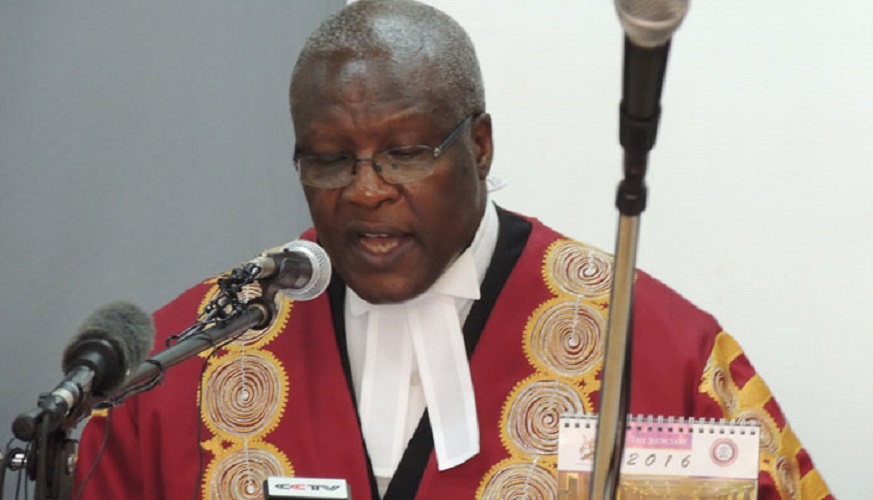 KAMPALA – Judicial officers want soldiers to be barred from carrying out evictions in the country.

They also recommend that the role of police should be limited to observing evictions in addition to keeping law and order during lawful evictions.

However, there was mixed reactions as to whether courts should give a six month notice of intent to evict affected persons before court bailiff execute evictions.

The proposals came up while Judges, chief magistrates and lawyers deliberated on the proposed guidelines to follow during evictions.

The proposed guidelines come amidst rising illegal eviction of people from land in the country.

“Why complicate the litigant with six months to take possession of the land. How much should we accommodate people who have no regard to the law,” Kampala lawyer, Mr Peter Walubiri, said during a discussion on the proposed eviction guidelines.

Other participants said the grace period should be only one month.

Court bailiffs who attended the workshop at Imperial Royale Hotel in Kampala on Wednesday, proposed that bailiffs should only inform the Division Police Commander.

Currently, the Inspector General of Police, Director Kampala Metropolitan Police and Regional Police Commander have to be informed about planned land evictions sanctioned by court.

“We find a lot of challenge from Resident District Commissioners and other security officials. They put a lot of feeling in the warrants. When they look at the amount involved, they ask how much is there for them,” Ms Sarah Komugisha said.

She said all court bailiffs in Kampala use the same RDCs to conduct evictions and in case of theft they are referred to police.

Under the new proposed guidelines, court bailiffs are supposed to provide details of the people they work with during evictions.

To ensure that people who carryout evictions are identified, Justice Basaza Wasswa called for a creation of a pool from employees of court, where court bailiffs can source people to work with during evictions.

It’s proposed that bailiffs provide storage to property of the evicted persons or in-case they attach movable items.

The meeting rejected a proposal to evict people during the dry season as per the UN standards to protect property from damage.

The idea not to inform the RDCs about an impending eviction did not go down well with, Faridah Mayanja Mpiima, who is in charge of Kampala District. She argued that they represent the President in areas districts where evictions take place.

In the new proposals, evictions must be carried out during the day, not on weekends or even on public holidays.

Every eviction orders will have particulars of person to be evicted and date of eviction among others.

While presiding over the debate of evictions, Chief Justice Bart Katureebe urged judicial officers to stick to the rules and regulations while issuing eviction orders.

He pledged to defend their actions even if they are reported to the President.

“Where the Magistrate, the High Court has done their work, we as leaders will not shy away from defending you. Let’s do our work properly and transparently,” Mr Bart Katurebe said vowing to defend judicial officers even if the matter they are handling becomes political.