IN September 4, 2020 BY witnessradio.org 962 views Leave a comment
land, livelihood and investment Livelihood Natives and Businesses 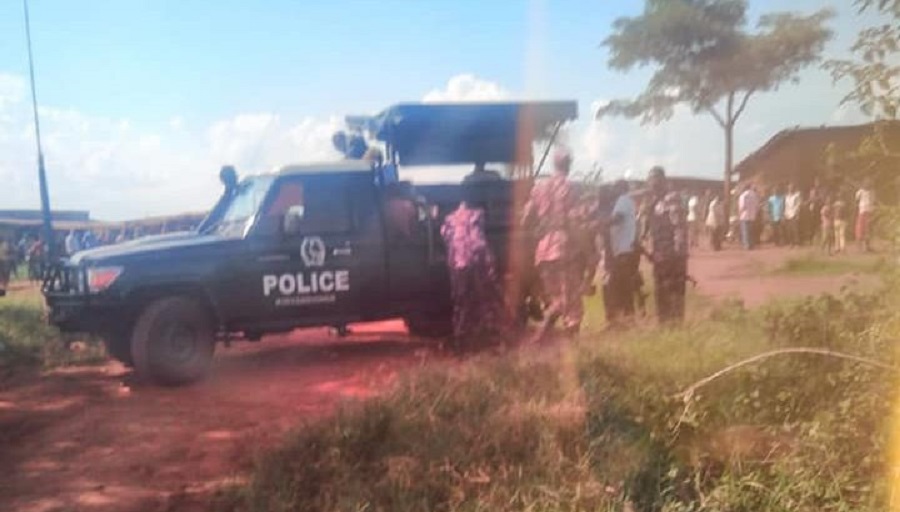 Once again, Police in Kiryandongo district is under the spotlight for the arbitrary arrest and detention of land rights defenders and activists

04/08/2020: Kiryandongo – Uganda – Great Season SMC limited workers and Kiryandongo district police have this morning badly assaulted, arrested eight land rights defenders and activists and taken to unknown place. Circumstances surrounding the assault and arrest of the defenders and activists have not been established yet. However, eyewitnesses told Witnessradio.org that one of the eight member had gone to the camp of Great Seasons SMC limited to claim for his goats that were seized days ago by company workers and those goats have been in the custody of the company without justification. Witnesses further explained that its a common practice of company workers to steal and eat community members’ animals or domestic birds.

Witnessradio.org is informed that all the arrested defenders and activists were violently loaded on Great Season SMC Limited’s truck and driven to unknown place

Witnessradio.org will keep updating you on this violence…